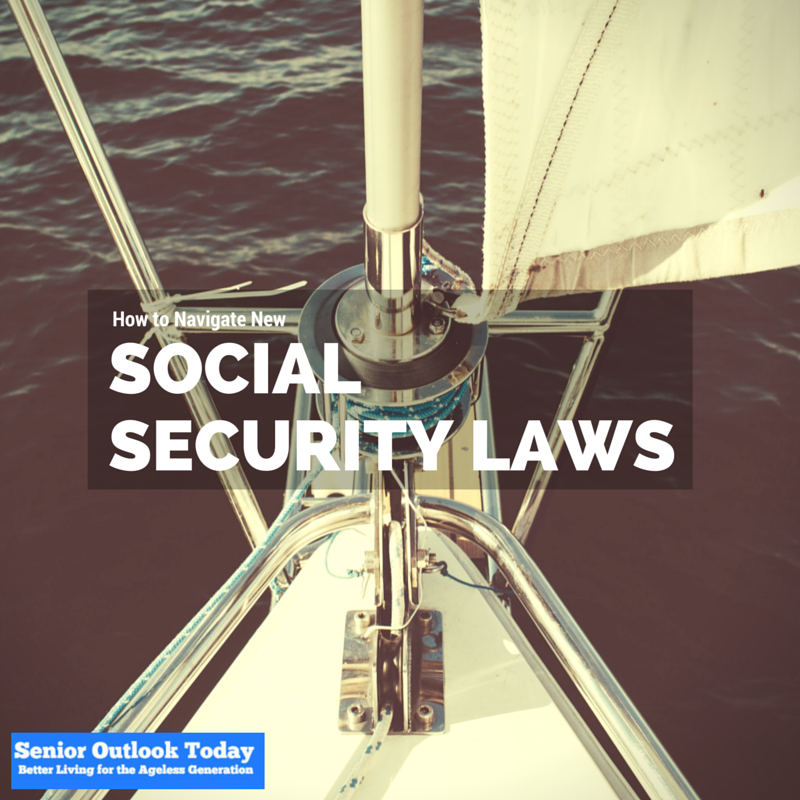 Late last year, the Bipartisan Budget Act of 2015 was signed into effect by President Barack Obama, resulting in some key changes to the program. These changes have not only made Social Security more confusing, but they have actually pulled the rug out from under the feet of many Baby Boomers nearing retirement.

One such change is the loss of the “file and suspend” option for Social Security. Prior to the Bipartisan Budget Act, retirees could file their Social Security benefits once they reach the retirement age of 66, which enables their spouse or dependent child to file for their spousal or dependent benefits. Then, the retiree could actually suspend their benefits, accrue delayed retirement benefits and claim an increased worker benefit at a later date, up to the age of 70.

If the spouse with the higher Social Security benefit were to die first, the living spouse had the option of then receiving the higher amount as well. In such a case, longevity is a significant factor. Based on actuarial tables, if a typical married couple both reach the age of 65, it is likely that at least one will live past 90. That makes delaying Social Security that much more attractive as a strategy.

Postponing benefits increases the amount by up to eight percent per year, or up to 32 percent for the entire deferral. That is nothing to sneeze at — especially considering the current low interest rate environment and underwhelming market returns.

But unless you filed by April 30, 2016, “file and suspend” is no longer an option. While individuals can still delay taking their Social Security, no spousal or dependent benefits can be filed or received during that time. Not all Baby Boomers are immune to the new law, thousands of dollars are now no longer on the table for younger seniors. Many in this demographic now need to revisit their Social Security filing strategy — a financial plan that has been in the works for some time has been interrupted without warning or public discussion.

Ironing out the best approach to Social Security is an overwhelming process for many. Understanding the technical rules is difficult enough; applying these rules to your own personal situation is even more challenging. When something is complex and confusing, it creates tremendous anxiety and fear; this also affects decision-making and clarity. That is why it is smart for individuals approaching the point in their life when they need to rely on Social Security to consider an intermediary who understands the technical terms as well as the emotional consequences of various options.

For example, we were recently working with a married couple where the husband was about to reach his full retirement age of 66. He was considering whether to take his full retirement benefits or delay them to take advantage of the eight percent per year benefit increase until age 70. Unfortunately, because of the law changes, he could no longer file and suspend, with his wife receiving the spousal benefit during his deferral.

This was not an easy decision. The additional eight percent per year that would come from delaying the benefits was appealing, partially because of the current market and interest rate environment, and because of the longevity factors. Both spouses are in good health and had parents who lived well into their 80’s.

On the other hand, delaying the benefits meant the husband would have to replace the forgone income stream by taking on a part-time job and spending down his existing savings. We also explained it will take over 10 years to replace the Social Security payments that were not taken at age 66.

The idea of a part-time job was not appealing to the couple, as the wife wanted to be able to travel and spend time with their grandchildren. Yet, the idea of drawing down their savings account made the couple uncomfortable. Weighing these pros and cons, the couple finally made the decision to supplement their income with a part-time job, while using the income and cash from their retirement accounts, and defer their Social Security benefits (which would continue to grow).

It was not easy to sort through all the pros and cons, but it was possible — and the couple was happy with the rational, thought-out decision they made. It is useful to have a financial advisor that helps potential retirees through the emotional aspect of their thought process; helping them understand technical jargon, and helping them overcome anxiety. This is especially true in the wake of recent, confusing law changes, which have forced many younger Boomers to shift strategies they have had in place for years.

This article was written by Steve Cordasco and originally published by Senior Outlook Today.

View the original article by clicking this link: http://www.senioroutlooktoday.com/how-to-navigate-new-social-security-laws/