The unlikely duo’s new proposal is called the Retirement Savings Plan, and it aims to ensure that every working individual has access to a steady flow of income once they retire.

In the plan, full and part-time employees will have access to a savings account that is transferable and is exclusive to that individual. The kicker: employees will be forced to save at least three percent of their salary each year and employers will have to match each employee’s three percent savings. The account will be managed as an annuity once the employee retires. Titled Guaranteed Retirement Accounts, GRAs would act as a self-funded pension to supplement Social Security payments and replace 401(k)s altogether.

The argument made is that the current 401(k) system is broken—something most people agree on—and there should be some form of overhaul. But, do we actually have a retirement savings crisis in this country? Throwing words around like “employer mandate” and “scrap the 401(k) system for something radically different” can make people rebellious; we Americans are not particularly fond of being forced into doing something required by the government for the “greater good” (the Affordable Care Act comes to mind). James and Ghilarducci argue we have a retirement crisis in the country and it is the fault of the 401(k) system. I disagree that we need something so radical. I have been helping retirement savers for 30 years and many are successful because of discipline. They have been using products like IRAs and 401(k)s to build a nest egg.

But according to a recent study by the Employee Benefit Research Institute, only 23 percent of workers age 45 and above have saved more than $250,000. The Center for Retirement Research at Boston College states that on average, Social Security replaces only about 40 percent of pre-retirement income. The combination of these two statistics does not bode well for the future of our soon-to-be retirees, and if the trend continues to remain, our middle-class will be all but decimated as a direct result.

A form of this retirement savings program has already been approved by the New Jersey State Senate with a strong 30-6 ruling. Dubbed The New Jersey Secure Choice Savings Program Act, the bill requires employers that retain 25 or more employees—but do not offer employer-sponsored plans—to automatically enroll employees in a program run by the state. If the employees do not opt out of the plan, three percent of their salary is moved into an IRA.

Under the current 401(k) system, many good people do it the right way and participate early and often. They sacrifice today for a more secure future. My question: Is the 401(k) system the problem, or is it a scapegoat for those seeking an opportunity to force more socialist type of change? Ghilarducci has long argued for a forced mandatory retirement system differing from the more free capital approach of a self-directed defined contribution system. Yet, why would there be an endorsement from a poster child of capitalism like a private equity CEO? Hmm. Maybe it has to do with creating pools of money that end up in the control of politicians who then get to direct it where they see fit?

But why have a labor economist and the president of a private equity firm, two polar opposites, come together to create such a plan? Tony James’ background in private equity is worrisome, even if he says all the right things. There is something brewing in the background, with numerous private equity firms buying up insurance companies– an unusual practice for the buy and sell market of private equity.

Maybe Tony James should spend his charitable time helping 401(k) returns to look more like private equity, and Ms. Ghilarducci do what she does best and push for more education from the Investment Companies that manage 401(k)s. How about a tax break to businesses who offer financial planning services to its employees? Think about it, we give a tax break to those who invest in a 401(k), yet nothing for the planning that should take place prior to investing. With a plan, many more people would be successful. Wouldn’t it be better to let the people control their own retirement money instead of the government? 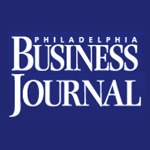 View the original article by clicking this link: http://www.bizjournals.com/philadelphia/blog/guest-comment/2016/04/the-plan-that-could-end-your-401-k-as-you-know-it.html